So we’ve been watching Britannia: the fantasy fiction based around the Roman invasion of Britain in AD43.  In the beginning, we were warned off even turning it on: “it’s full of anachronisms; you’ll hate it.  Anyway, they haven’t even begun to understand the dreaming.” But, like a slow motion car crash, it’s just there and hard not to watch.  And then, entirely unlike a slow motion car crash, we began to enjoy it. 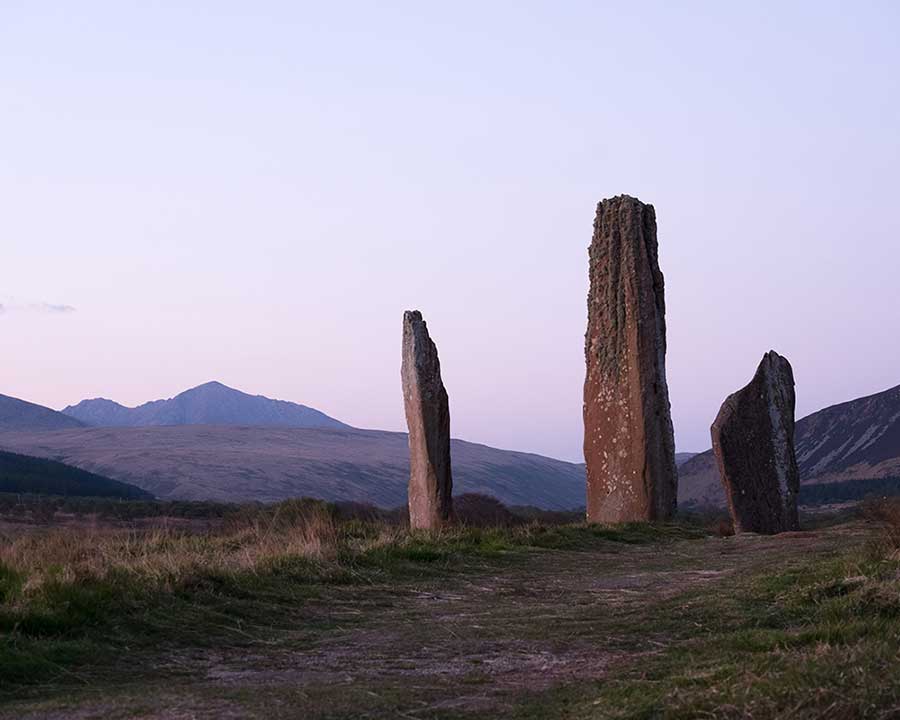 Now that we’ve finished it, at least first time around, I’d say that both verdicts were right.  There’s a lot wrong with Britannia: the anachronisms are painful, the script is rushed and uneven and the characters lack depth. It needed another ten episodes to garner the kind of depth that would have made sense of the world and its events. One of the great things about Game of Thrones, with which it has obvious parallels, is that GoT had space. Lots and lots of time to let us get to know the key people, even if it was about to kill them off at the least expected moments.  Britannia felt as if it was an eighteen episode series which had been salami sliced to fit into nine episodes.  Nonetheless, it has moments of brilliance and it’s key – and I hope enduring – strength is its ability to take the gods seriously; to understand that for the tribes of the first century AD, the gods were everything – and that anyone who could mediate between the deities and the people had astonishing power.

Who were the druids?

So let’s talk about the druids: who were they, what did they do, were they anything like the much-scarred head druid Veren and Divis, the outcast with the demon problem?

Short answer: we don’t know.  There’s not enough to go on and what we do have was written by Greeks and (mostly) Romans who were doing their best to paint themselves as decent, moral, civilized individuals (let’s overlook the fact that torturing men, women and children to death in public was the favourite way of entertaining the populace) while painting the opposition as hide-wearing barbarians constantly at war who needed the nice, kind, civilized Romans to show them the error of their ways and get them to pay taxes to the emperor.  This is the mind set of every invading empire from Xerxes of the Persians through to the Americans in Iraq: the enemy eats live babies, while if we happen to incinerate a few wedding parties, it’s all in a good cause.

Thus we have stories of ‘live human sacrifice’ which may be true (tho’ doesn’t accord with anything else we know of the druids, or of parallel cultures) as if this is somehow different from crucifying people for entertainment, or holding ‘parties’ at which gladiators fight to the death.

We have a number of tales that suggest the Celtic tribes worshipped their ancestors, believed in reincarnation (Caesar says that for them, dying is like taking a shirt off…) and may (maybe, perhaps) have kept and venerated the heads of their dead enemies as sources of wisdom.

But why were the druids so powerful?

None of this really gets to the heart of why the druids were so powerful.  We know that there was a college on Mona (modern day Anglesey) to which men and women travelled from all round the known world, not just the Celtic lands.  They studied for between twelve and twenty years before returning to their homelands to act as the holders of the oral histories, visionaries, healers and mediators of the law.  They presided over the rites of passage: of birth, death and the shift into adulthood, and whatever else was relevant to their people.  They were arbiters of truth in all its form and, as such, were inordinately powerful.

And yet still… what did they do?  This is where we have to start looking at other cultures.  My belief is that the druids were the shamans of our continent.  One definition of shamanic practice is that the trained practitioner can journey to other realities in order to ask for help.

Being a druid means hearing  the songs of the stars and the whisper of the wind.

The ‘asking for help’ bit is important.  It means that anyone just tripping out doesn’t count. It means, actually, that you have to know where you’re going, how you’re going to get there, what help you might ask for, whom you might meet, how to tell if the useful ones are likely to offer help, and how to get back with the help that is offered and implement it – which is why training takes 12-20 years even today (and yes, we can train today).  If we accept this definition, and if the druids were the ones who could journey to the realms of the gods to ask for help, and knew how to bring it back, then this is huge. It also puts them on a parallel with the medicine healers of every pre-metropolitan culture.  There’s something about cities and money that kills shamanic practice pretty fast – if you distract people from the land, from the magic and heart of the land, then they stop listening to the gods of the land.

But while they are living in round houses and their entire world is based on the land, so that it becomes a living thing, then the gods of that land are paramount: the gods are real.  I talk in another post about the nature of gods and how they arise.  The point here is that if they’re real for the people, then they are real.  Period. And if they exist, then they need people who can talk to them.  That means training individuals to be able to see past their own projections, to be able to find the still place where the sense of self dies away and the boundaries between the world fall so that we can hear the songs of the stars and the whisper of the wind.  It means caring  – really caring – about the mental, emotional and physical health of your people, while understanding that death is part of the living cycle and not always a bad thing. It means, in the end, giving every part of yourself to the people who are your tribe.

Did they use drugs? Probably.  But then so do we, only ours are more destructive.

Could the druids do everything Divis and Veren do? I doubt it.  Could they do amazing, mind-bending things? Almost certainly.  When I wrote the Boudica: Dreaming books, I had one rule for the first book: that every act of dreaming I had either done, or seen done. By now, 18 years later, I have seen and done so much more.  And dreaming is as good a way of getting to the other worlds as the magic mushrooms and strange fungi of Britannia.

So this is the first question everyone asks: did the druids use drugs? I have no idea but a lot of shamanic cultures do, so it’s very likely.  And it’s worth remembering that our culture uses drugs, it’s just that ours are wholly destructive and don’t take us to places where we might ask for help.  We hammer alcohol and nicotine and caffeine – and lately, the non-ingested drugs of the FANG: Facebook, Amazon, Netflix and Google, all of which trigger the same neurophysiology as addictive substances – and we lock people up if they drop acid or drink ayahuasca.  Our ancestors were a lot more free in so many ways than we are.

So who were the druids?  We don’t know, but it seems likely they were the shamans of a close knit tribal culture.  Did they behave like the ones in Britannia? Almost certainly not, but bits of it might have been similar.  And the bit that really matters is that the gods were real.  Read here, for thoughts on gods and godhead and how gods are created in the images of those who make them.