Spies & Ciphers: the Poem Codes of the SOE

The ministry for ungentlemanly conduct

This is the first of a two part series on the ciphers used by the Special Operations Executive during Word War Two – it’s not particularly geeky until you get to the end when I describe Double Transposition Ciphers. Feel free to miss that bit if you’re not into numbers.

The SOE was formed as a guerilla warfare unit in the early months of the war. Churchill had fought in the first world war and, perhaps as a result, was prepared to think outside the box more than some of the more hidebound army commanders. His infamous instruction to ‘Set Europe Ablaze’ carried with it few limitations so that the unit became known as the ‘Ministry for Ungentlemanly Conduct’. Part of their maverick reputation stemmed from the instant and unremitting hatred from the Secret Intelligence Service, also known as MI6. From the beginning, MI6 saw the SOE as a bunch of amateurs who blundered around in their carefully woven webs of intrigue. To an extent, this was not unreasonable – the SOE was not designed in its early days as a secret intelligence service and the fact that they ended up sending men and women behind the lines in roles that were considered more espionage than direct warfare, and that required the tools of the spy world, was not its first role. But no plan survives first contact with the enemy and by 1940, it was clear that the SOE was not going to be solely a unit that sent commandoes on raids to blow up dams and disrupt telephone lines. The courage and foresight of men such as Forest Yeo-Thomas, known as The White Rabbit, meant that the allied forces were increasingly interested in supporting the resistance in France, Norway, Belgium, Holland – all the nations . To do so, they needed men and women who spoke the local language – and who could communicate with London in an effective way.

MI6 used one time pads, or, where they would give an agent away (which is more or less any agent in the field), they used book codes, where the agent and her/his handlers both had a copy of not only the same title, but the same edition of the title. They picked a page, a paragraph, line and word number and worked out a double transposition cipher based on this. (I’ll explain that in a bit). Without the right book, and lacking the computer technology of the present day, the book cipher was considered unbreakable.

So the SOE had to think of an alternative that would work as well. What they came up with, at least in the initial stages, was the POEM CODE. In a way, this was genius – the agent simply had to learn a poem, and then they could pick line and word number as before. The problem was that in the early days, most of the agents chose poems they could not possibly forget (tho’ it rapidly became evident that they could miss-spell them, or miss-remember the order of words) – including God Save the King, and Hamlet’s soliloquy… Which meant that the German cryptographers, who were highly educated, highly literate and highly intelligent, simply had to look up a copy of the Compendium of Modern English Verse or its equivalent in order to decipher the messages.
There was a point in 1942 when the expected lifespan of a radio operative with the SOE was six weeks. Clearly some survived longer than this, but many were captured and/or killed far sooner – and for those who were captured, the deaths were slow, prolonged and grim. The reasons were many but the fact that the enemy cryptographers could effectively read their missives without much effort did not help. On the occasion when they were complex for the Germans, they were also complex for us. It turned out that under stress, many of the ‘pianists’ as they were known, couldn’t quite remember how to spell ‘reign’, or got their word orders mixed up. Then, those at home had to work through all the possible permutations of mistakes in an effort to crack the message within 24 hours – because if an operative had to send the same message at the same time a day after the first one, the chances of being caught were orders of magnitude higher. Leo Marks, in his extraordinary book ‘Between Silk and Cyanide’ details the men and (more often) women in the signals units making tens of thousands of different attempts to break the incoming ciphers to save those in the field from having to re-transmit.

Given these issues, it mattered to find other ways to help the agents and one of the most obvious – at least in retrospect – was to make up new poems that were not ever going to be in the standard textbooks. The poems needed to be clear, concise and – most importantly – memorable. The SOE headquarters was largely staffed by people whom George Millar referred to as ‘the Intelligent Gentlewomen’.

These were young women with excellent educations, generally stunningly attractive, who, without the impetus of the war, would have been consigned to teaching, governess-ships or nursing as a career. In the SOE, they were given free reign to exercise their considerable abilities. According to Leo Marks, they were the mainstay of the signals department – and they were given the job, largely, of creating the poems for the agents – memorable= scurrilous and those in charge – which is to say the men – were given an education in the scope of their awareness.

THE DIFFICULTIES OF DOUBLE TRANSPOSITION CIPHERS

If you get as far as the section on double transposition ciphers below, you’ll find that this is not the easiest of poems to use – there’s a lot of repetition and the words are all rather short – but it is beautiful, nonetheless. And for those who are not familiar with her life, Violet was captured on her second trip and, together with Lilian Rolfe and Denise Bloch, was executed in Ravensbrück concentration camp around the 5th of February 1945, as the Allied armies were advancing through Europe.
First take your message – let’s say: PICK ME UP AT LOCATION ZULU AT TIME ARRANGED Abbreviated, this becomes: PICK UP ZULU TIME ARRANGED Then pick your poem  – we’ll use the DeGaulle poem above. Pick a word – the longer, the better – so we’ll pick FLAGPOLE Write out our chosen word and write out the message underneath without spaces and with XX at the end to fill the rows:
Then NUMBER the letters in alphabetical order, so A=1, E=2, F=3, G=4, L=5 (TWICE), SO L ALSO= 6, 0=7, P=8 So if we read off the columns by numerical order, our new message is this:  1 =CTN 2=URX 3=PLR 4=KIG 5=IUA 6=ZAX 7=PED 8=UME So our new message is: CTNURXPLRKIGIUAZAXPEDUMER Because this is a double transposition, we pick a NEW word from our poem – say ARSEHOLE and start all over again. In the real world, agents used 5 words at a time where we’ve used only one and so it was five times harder. Decryption, obviously, achieves the same in reverse.
The pitfalls are obvious – if you try this – and we’ll assume you’re warm, dry, have had enough to sleep, eat and drink and are not being hunted by homicidal psychopaths whose inner wounding leaves them wanting to ruin the lives of others – I guaranteed you’ll need to focus hard not to make a mistake.  Given that the pianists were encouraged to send messages with a minimum of 200 characters, that their ‘true check’ was often something of the ilk of a mistake every ninth letter, and they had not only to encode, it, but to know Morse code well enough to send it… their achievements were genuinely heroic. BUY A TREACHERY OF SPIES 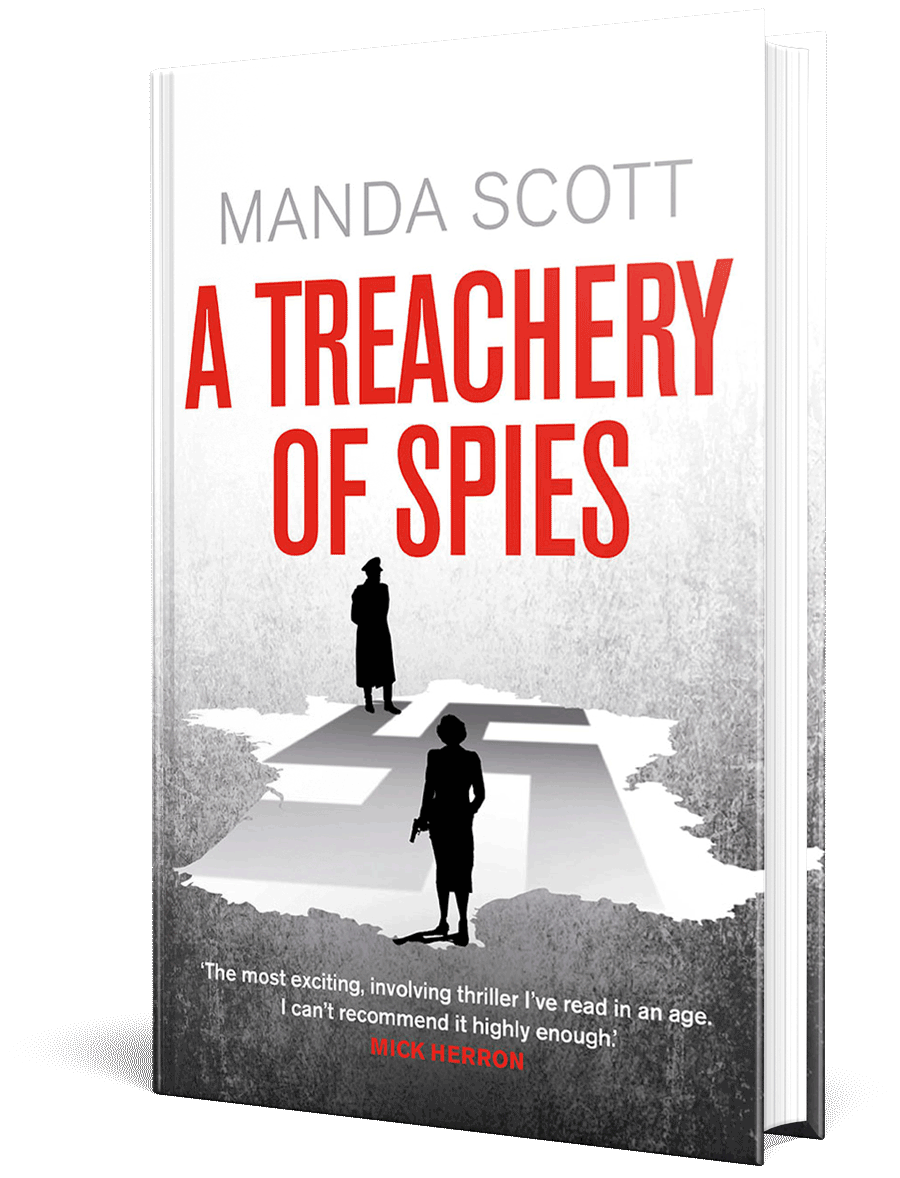